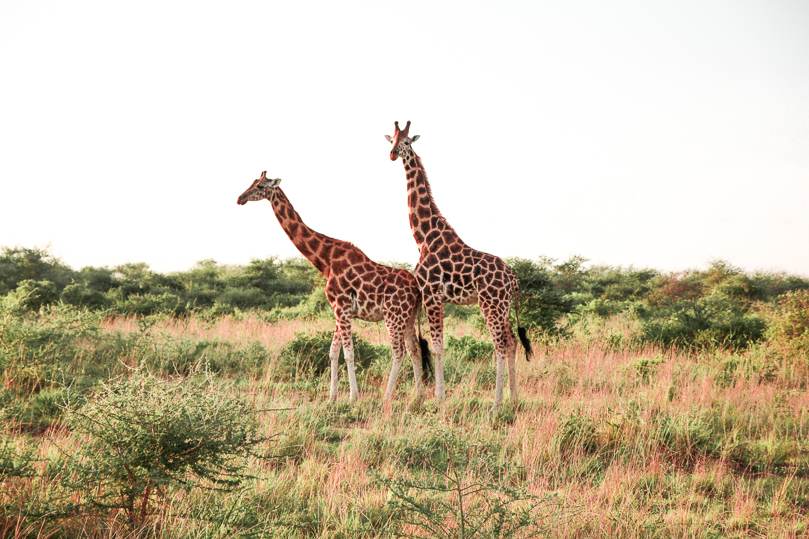 Murchison Falls was the first National Park we visited in Uganda.

And we were astonished from the first moment we “sat foot” in that park.

The savannah landscape is so wide you can see giraffes so tiny it’s hard to see their spots.

It’s the place where the Nile explodes through a narrow gorge and becomes a placid river.

It’s a spectacle to witness those masses of water crash down between the rocks.

The Nils banks are thronged with hippos, crocodiles, waterbucks and buffaloes.

And we did see all of them.

On a half-day river safari we saw lots of those “floating rocks” – that’s how our guide Charles called the hippos.

Crocodiles were taking a sunbath on the river’s shores.

Waterbucks and buffaloes did enjoy the cool river water. 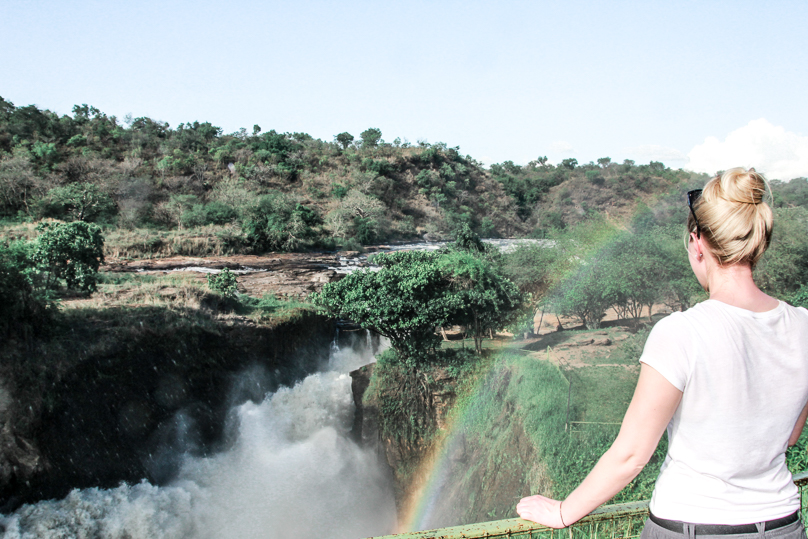 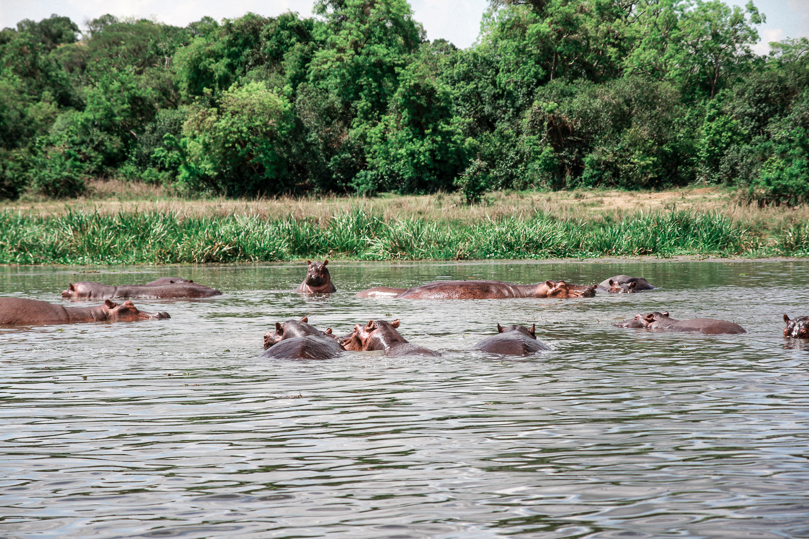 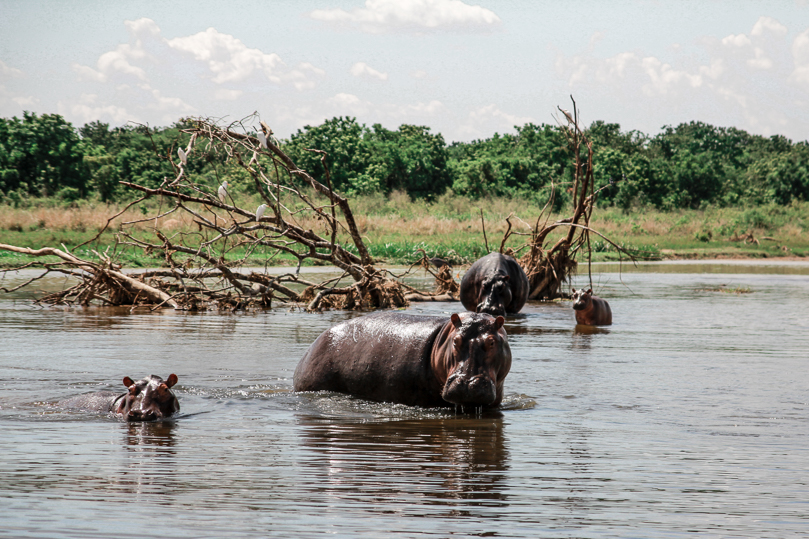 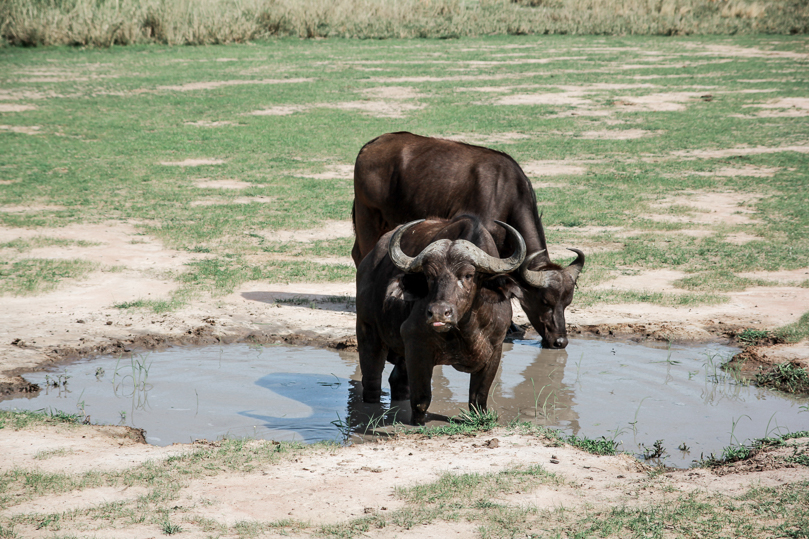 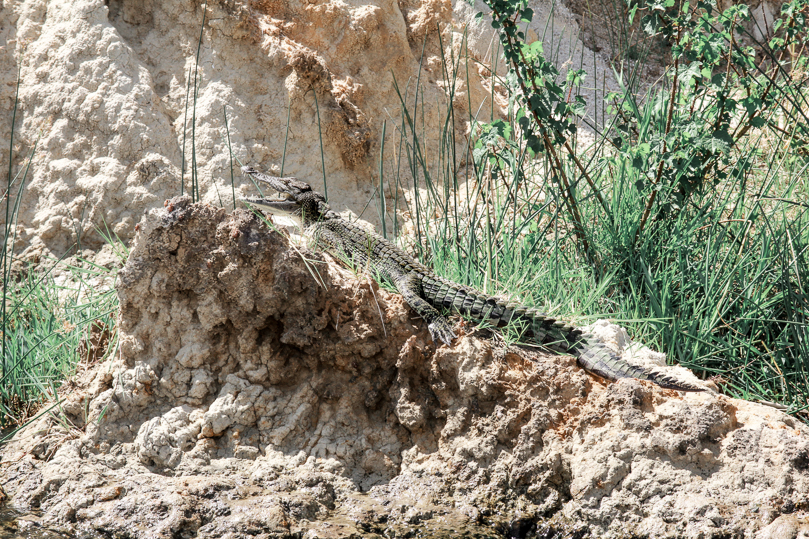 We also were lucky and saw lots of elephants even a few young ones.

They came so close to the road we could see all their wrinkles. 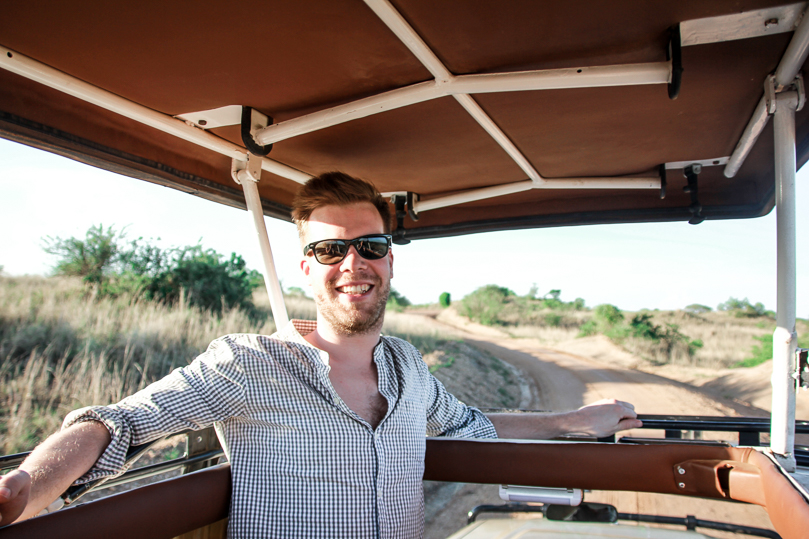 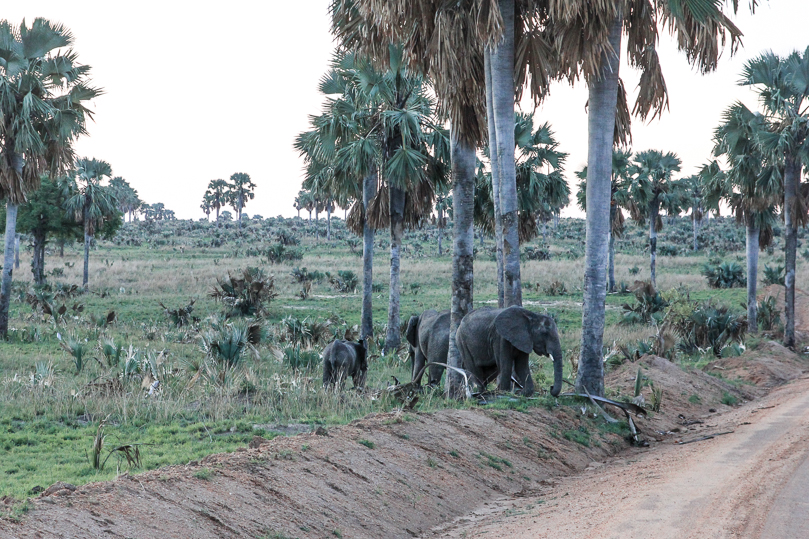 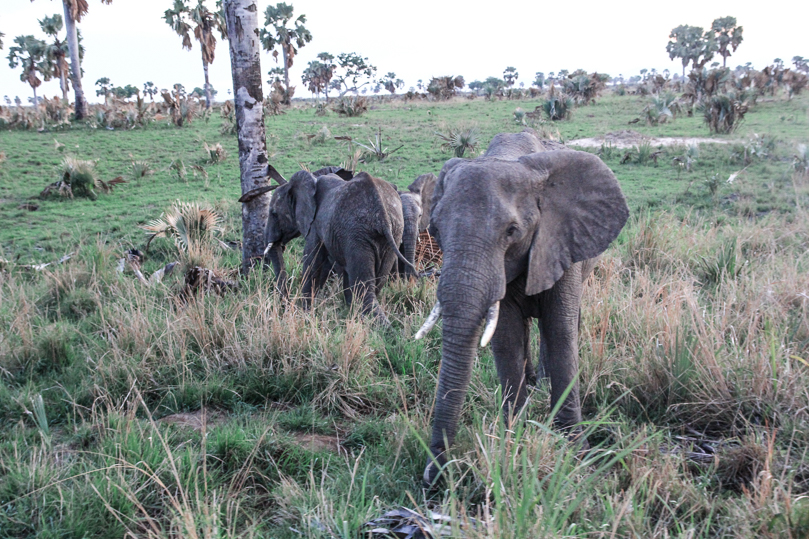 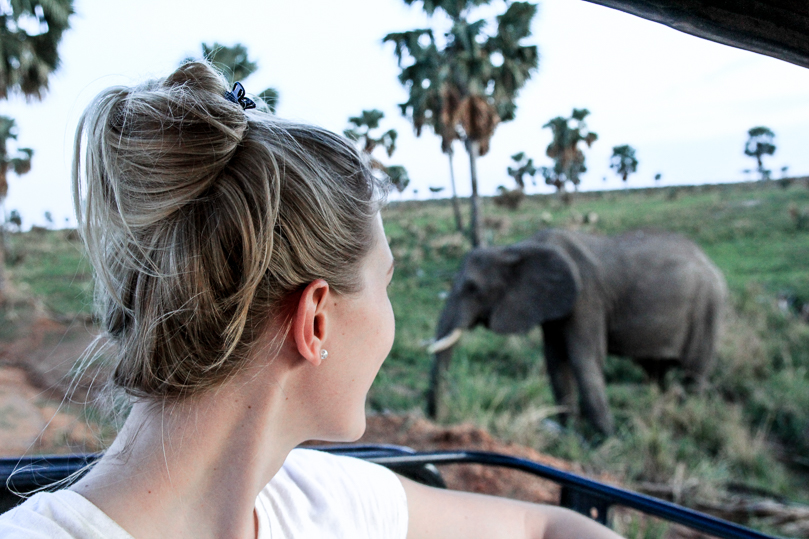 Another really rare sight was our first leopard – we saw one on the second day in the national park.

During our first early morning game drive, which was actually a pretty funny story.

We came across the ruins of the old Pakuba Lodge – Idi Amin’s favorite hideaway during the 1970’s.

Over the years, since his ouster from power in 1979, the facilities went into disrepair.

I asked our guide Charles if I can look inside.

He denied my request immediately – and I found out why only a few seconds later.

We saw our first leopard.

On top of the ruin. 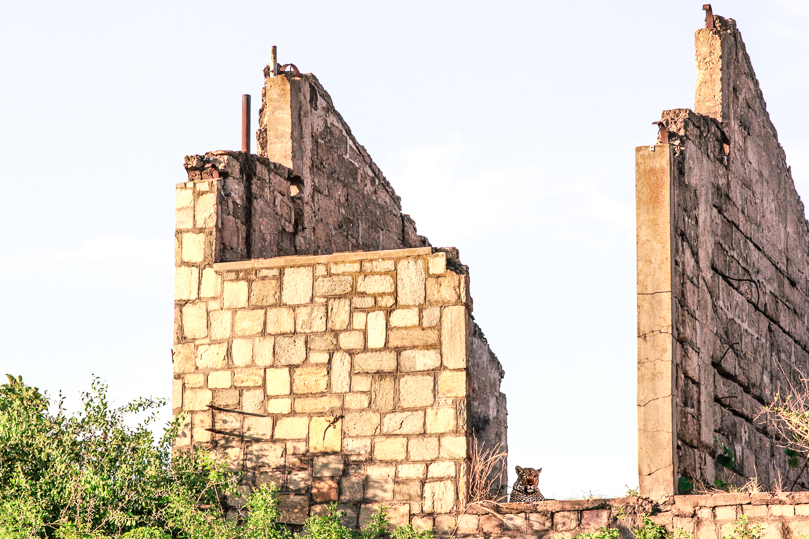 We didn’t see any lions in Murchison Falls but encountered lots of giraffes, hartebeests, oribis, Uganda kobs and also one hyena. 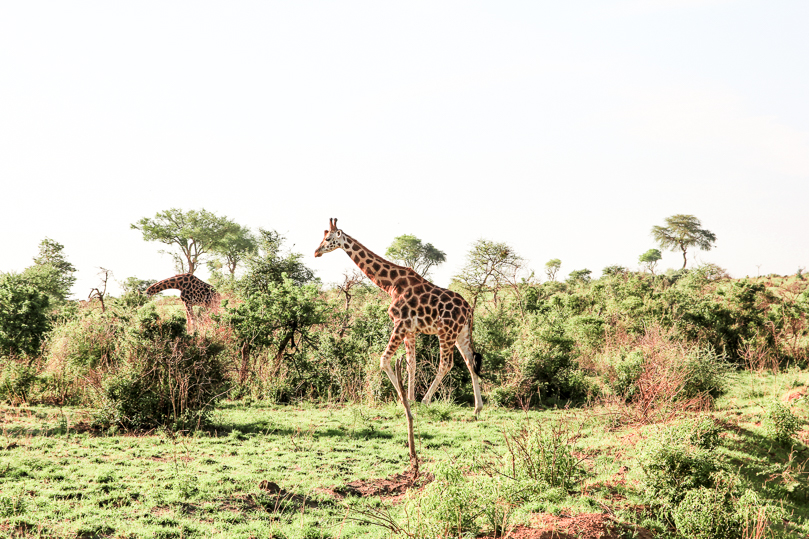 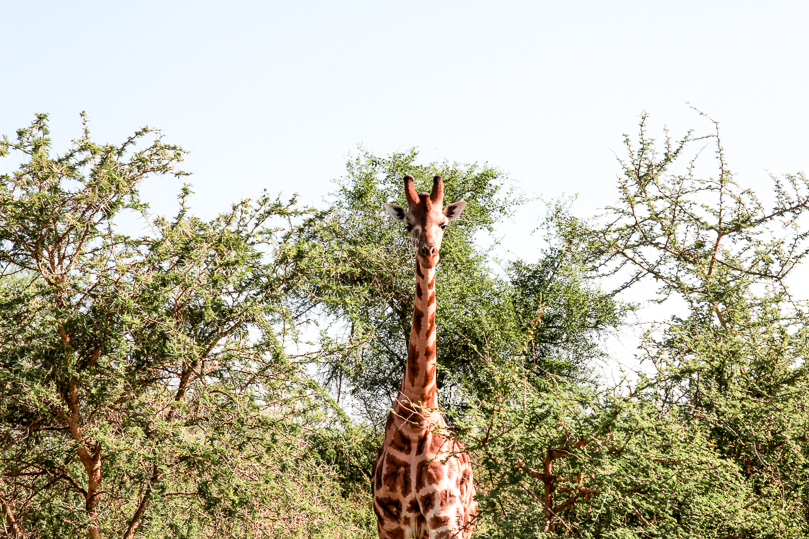 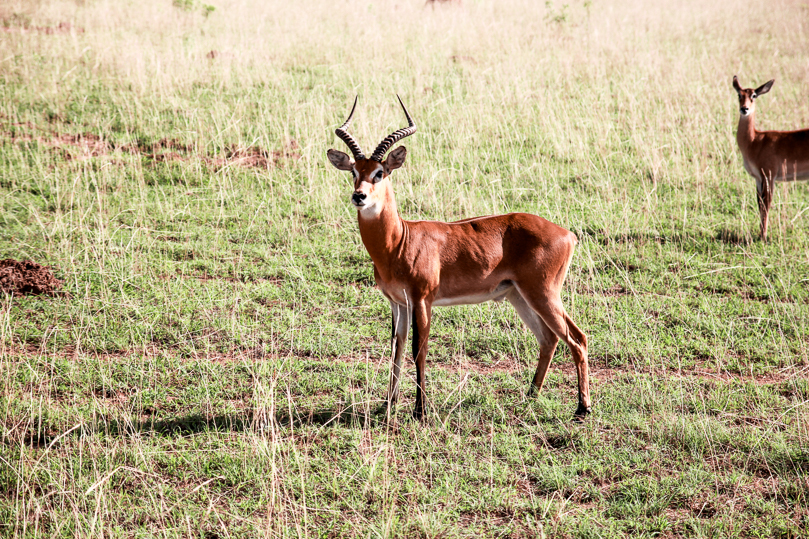 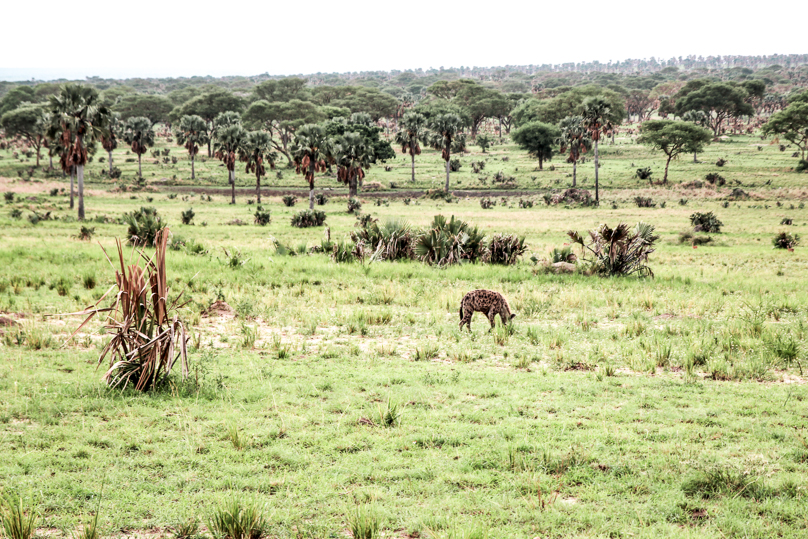 In Murchison Falls we stayed at the Pakuba Safari Lodge.

We were the only guests at that time which was kind of weird but also incredible – we got all the attention. :)

After our first night – we slept like babies – we found out we had a little roommate.

A tiny bat was spending the night with us. 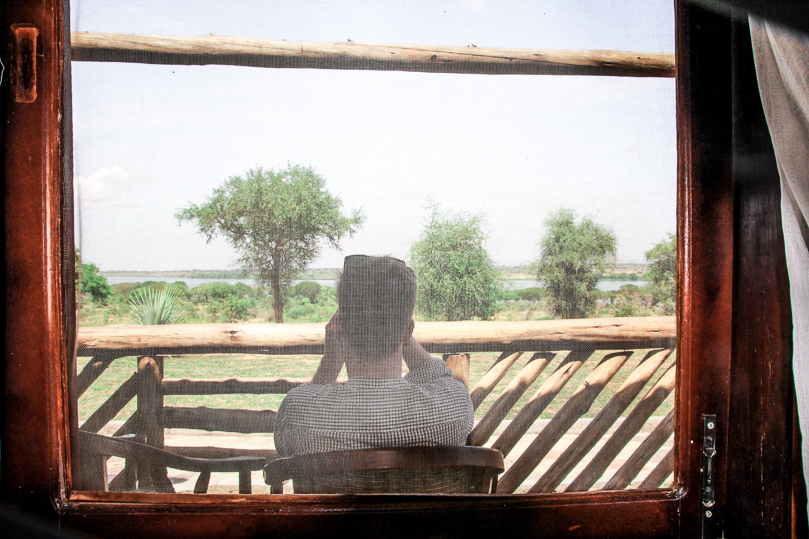 Curious which other animals we saw in Uganda?

Read more in the posts about the other National Parks.